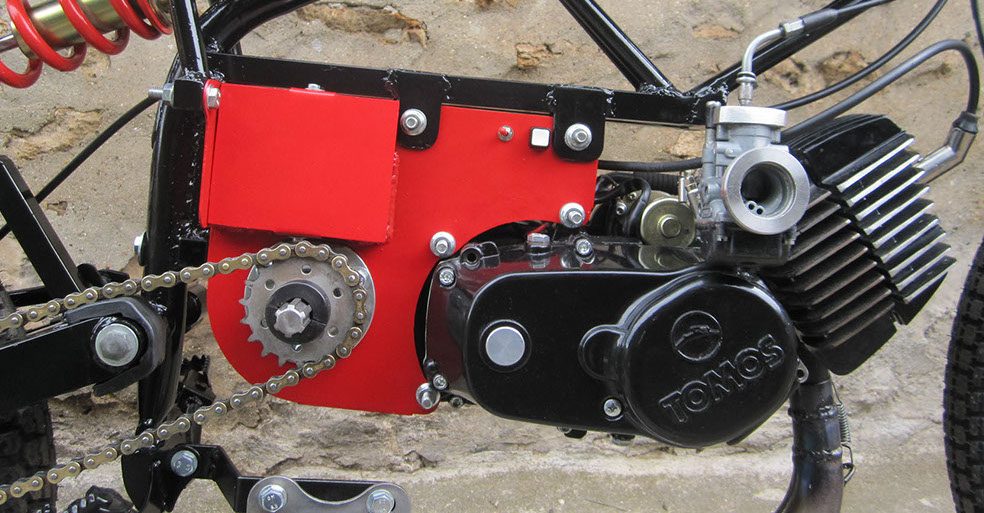 The project is being presented as part of the Design Biennial of Ljubljana (bio.si) in Slovenia from September 18 to December 7, 2014. 'Under the scorching sun of a spartan landscape – in an undefined location echoing both the wide American south and the hills of Central Europe – a man sets off from his workshop into the woods, taking into his hands a small, modular engine that allows him to ride a motorbike, a boat, and to activate a number of tools which to work with. He is alone, but he is resourceful. The world around him seems to be fertile with industrial rejects, and nature is all-encompassing. The realities of a post-industrial age in the Western world became more tangible after the 2008 economic crisis, alongside the downsizing and displacement of industrial production to other parts of the world. Triggered by similar constraints observed directly around them with their partner company Tomos, the Engine Block group chose to pursue a speculative, dystopian path following an initial period of intense production. Their scenario is the not so distant-future, a Western wasteland that, despite being more often present in sci-fi, is today a part of our collective unconscious. More pragmatic than Mad Max, the protagonist of this vision is a resourceful homo faber – a post-apocalyptic maker. In this reality, the modular Tomos engine developed by the Engine Block group becomes an enabler of survival, an industrial construct for a post-industrial age.' Vera Sacchetti 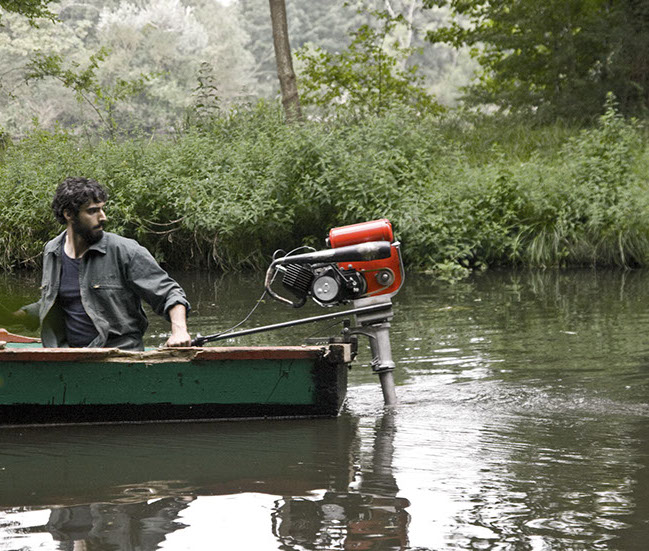 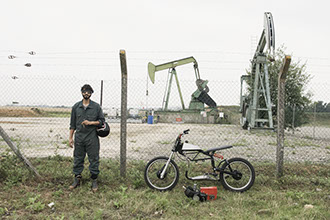 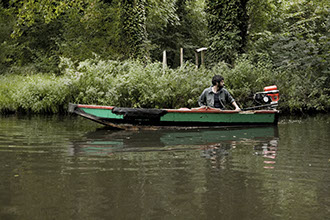 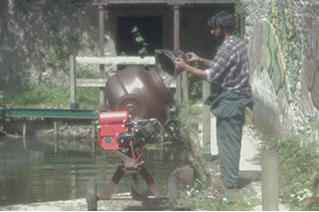